My point regarding metrics is very simple: we’re emotionally self-centered animals and have a tendency to convince ourselves that our view is the right one. An approach to fixing this is being open-minded, which I would define as the ability to consider alternative views as possible, and trying to remove all personal bias from inclining towards a particular view.

A way to remove personal bias and ensure enough open-mindedness is by challenging one’s own view the same way the others are challenged and setting a rational and measurable objective to validate the truth in it. In the world of business, that means that either a strategic decision or a tactical initiative will be right or wrong if a certain goal is reached. A measurable and objective goal.

The universal metric a business uses to measure its progress is profit, but there’s an infinite stream of factors to it and lagging indicators: revenue growth, efficiency at serving customers, loyalty and satisfaction of customers, all the way down to something trivial such as visits at the website (as long as there’s a correlation between that and profits).

So, what does it mean, in my opinion, to be “metrics-informed” (a more explicit name than the infamous “metrics-driven”)?

Simply acknowledging the context where a decision is being made and objectively stating what the success of that decision looks like.

For a tactical initiative such as changing the color of a button this is trivial as it can be measured within a very short time frame: Increase conversion rate by at least 10%. Some decisions are more long-term and have a strategic nature, often based on a vision, a set of principles and a world that doesn’t necessarily exist yet, since it’s being built by the same decision. Such decisions will most definitely not be proven right or wrong within a few days or even weeks. It can take months – even years – until a measurable impact exists. But it will.

The somehow counter-intuitive part is that the past doesn’t determine the future. Nobody looks at the rearview mirror when driving a curvy road, the eyes must be pointing ahead.

This is especially true in a startup, where the future weeks often outweigh the past months or years. In a scenario of high growth, what’s been done is irrelevant compared to what needs to happen in the immediate future. That’s why the company vision, together with personal experience and intuition are the key ingredients for brave innovation and strategic thinking. Metrics exist to keep us honest and allow for objective retrospective and analysis.

As the lean startup mantra has it: Build, Measure and Learn.

If you have thoughts on this topic I’d love to hear them! Ping me on twitter @jordiromero. The original conversation was spurred by Bernat, Pau, and César.

Get the latest posts delivered right to your inbox 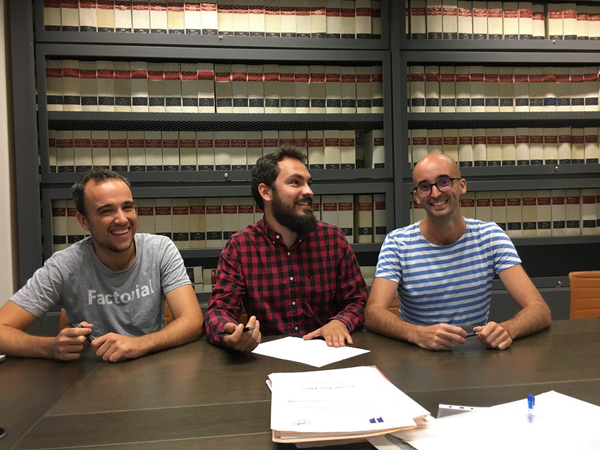 Factorial raised a €2.800.000 Seed Round from three great investors, and I want to tell you how it went and everything we learned

Stay up to date! Get all the latest & greatest posts delivered straight to your inbox